So I have been playing Planetary Annihilation since the beta came out a few weeks ago, and with me always wanting to know the most efficient way  to play a game especially one like this where managing you economy is so important. When I first started playing I made the same mistake as most new players and built air fabricators, and then moved to vehicle fabricators when I saw an out dated eco guide on steam. The other day I decided after talking about it for ages to make my own eco guide/image, and with that ounce again changed my go to fab unit. 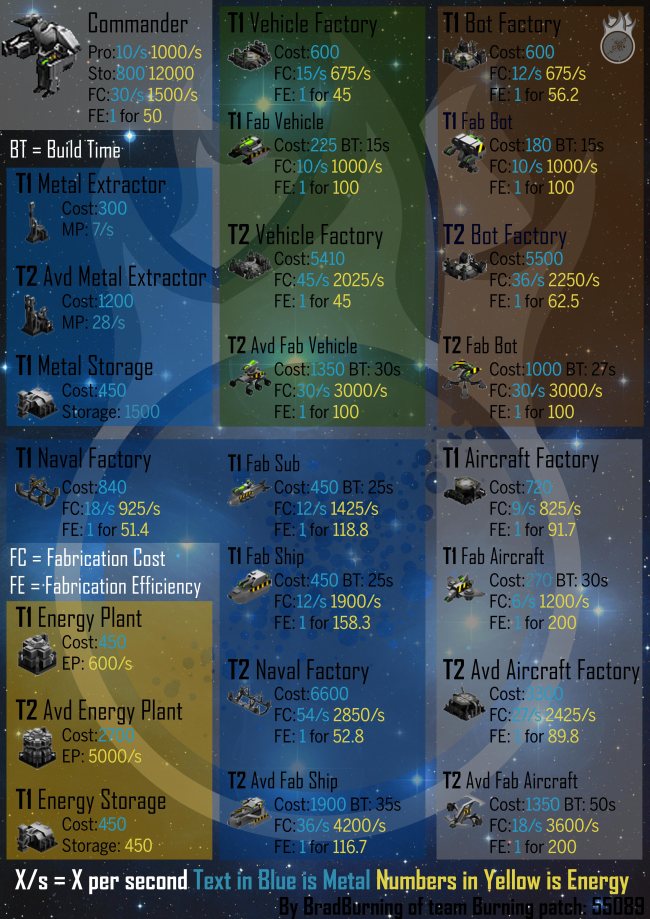 After seeing that bot fabs are cheaper to build in the first place and have a faster acceleration, I have now moved to them over all other teir 1 builders.

Note all build times are for unassisted factories. Any way hope this is usefull to some people be sure to keep an eye out for more helpful images I make. Next up will be a one for hot keys.